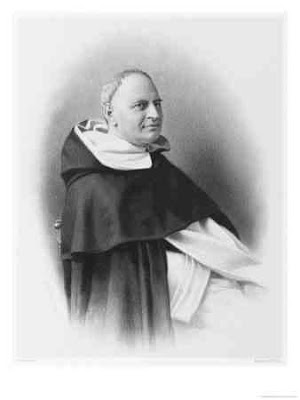 You may know that there are quite a lot of people nowadays who object to all the changes in the Church over the last X (insert to suit their tastes) hundred years; because, they argue, changes take us away from the fundamentals of the Faith, and reliance on – for instance – the decisions of Popes, who move the Church away from slavish adherence to tradition, aer just wrong : indeed potentially sinful.

Maybe it’s just because I’m a convert that I disagree with this, and feel that the whole point of the Pope is to provide a mechanism by which God ensures that the Church adheres scrupulously to the Faith, whilst interpreting it afresh to meet the changing needs of a changing world . . . but of course that position itself has attracted criticism from such people.

So, I was delighted to discover that it wasn’t exactly a position unique to me.

Things go on surviving only because of certain hidden changes which leave the past in the past and proceed into the future by way of harmony with the present. So it is with the Church . . . as it is with all living bodies which preserve an unchanging identity even while, because of the very progress of life, they undergo a process of change which continually renews them. The Church today is identically the same as that of the Middle Ages by its hierarchy, its dogmas, its rituals, its morals .And yet how different it is ! . . . To raise the past as an objection against anyone is to make his cradle an objection to a grown man, to make life an objection to life.

So said fr Henri Dominique Lacordaire OP in 1839 . . . clearly there were people around then with the same ideas as some people still have today : and I would suggest that fr Henri’s observations hold just as good today.
Posted by Dominic Mary at 09:00